The 2020 Toyota Tacoma has a long-standing reputation for mechanical reliability and its continued presence in the marketplace has made it a force to be reckoned with. New entries in this expanding segment pose a threat to the Taco’s dominance, though, as evidenced by its fourth-place finish in our 2019 midsize truck comparison test. In particular, its driving experience and interior are a bit too rugged, and borderline antiquated, compared to rivals trucks.

Still, the Tacoma remains versatile, practical and characterful. With two cab sizes and two bed lengths, enthusiast-friendly TRD models and even a manual transmission option, there’s a variant for just about any need and we can see why it’s such a best-seller. Meanwhile, new safety and infotainment tech help round out an already compelling, though aging, package for 2020.

The Tacoma gets a facelift for 2020, including a new grille and taillights. The more substantive updates are inside where the 2020 Tacoma’s interior receives a new infotainment system with a larger touchscreen, Android Auto, Apple CarPlay and Amazon Alexa compatibility. Some of the updates, such as a new (and much-needed) power-adjustable driver’s seat and LED headlights, are limited to higher-end trims only 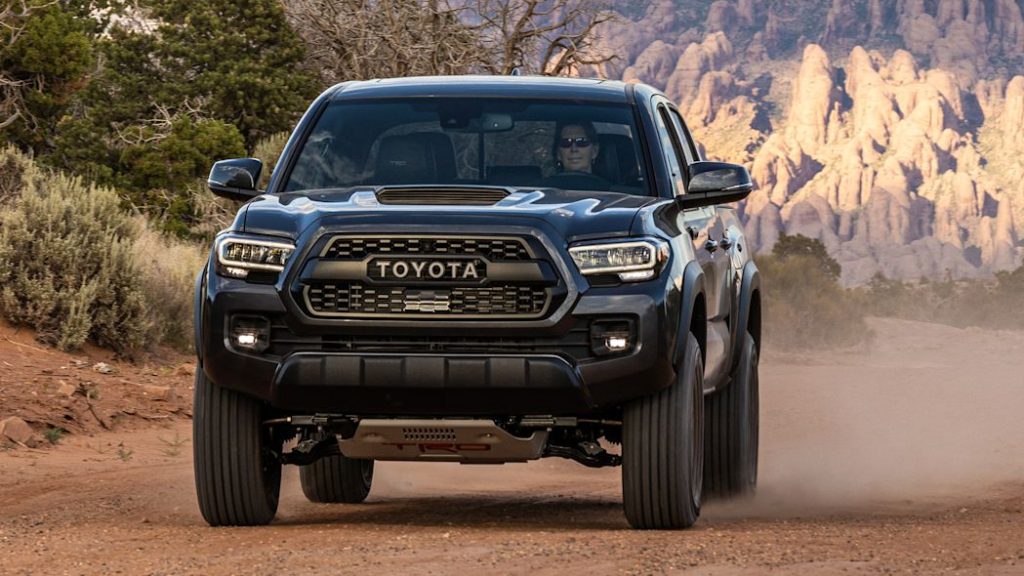 How big is the Tacoma?

The Tacoma follows the basic footprint of the midsize segment. Access Cab models are fitted with a 6-foot bed, but the Double Cabs can be paired to either a 5-footer or the 6-foot one that’s known as the long bed. A pair of key rivals, the Ford Ranger SuperCrew and Jeep Gladiator, don’t have a long-bed option. Both beds are just 41.5 inches wide at the wheel wells, so they won’t fit a 4’ x 6’ piece of plywood lying flat. The Tacoma’s overall length is similar to that of its rivals.

Inside, you’ll find unusually low-mounted seats. Specifically, the driver seat doesn’t have standard height-adjustment and the resulting splayed legged seating position drew constant complaints during our midsize truck comparison. At least higher-trim models now get the “luxury” of a power-adjustable driver seat, but headroom and visibility in the short cab can still be an issue.

Tacoma Access Cab model doesn’t realistically offer enough space in the back seat for adults to travel in any semblance of comfort (and you really shouldn’t put children back there, either). However, that’s typical for the segment. The real point of comparison, then, is the Double Cab. Though it adds a whopping 8 inches of legroom compared to the Access Cab, its considerably less spacious and comfortable back there than the Ranger, Gladiator, Colorado/Canyon twins and the Honda Ridgeline. If you’re looking for the most family friendly midsize truck, this isn’t it. 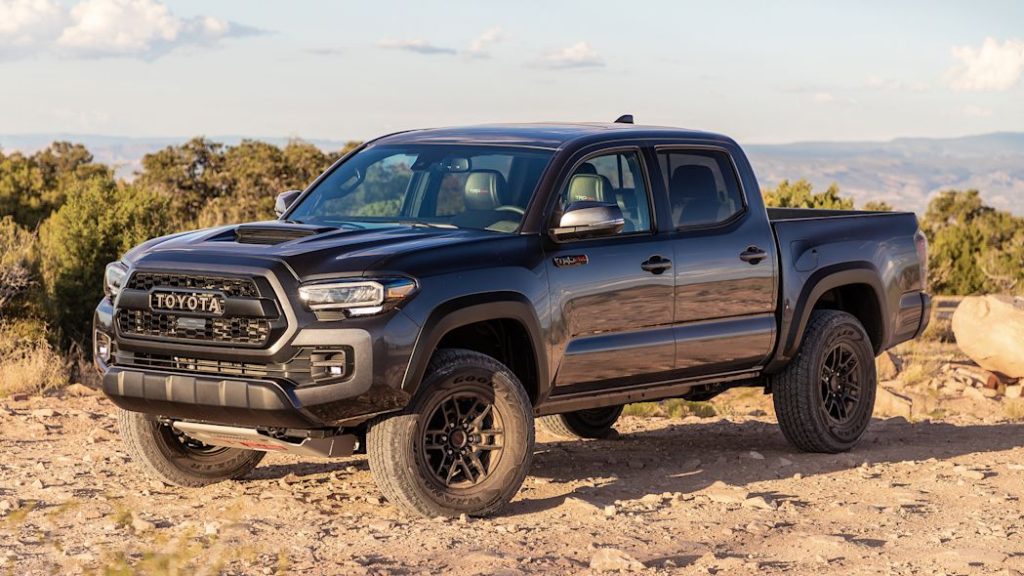 What are the Tacoma’s performance, fuel economy, towing and payload?

Toyota offers two engines in the Tacoma. The base engine is a 2.7-liter inline-four producing 159 horsepower and 180 pound-feet of torque. While torquey, it is outshined by GM’s 200-horsepower 2.5-liter unit – other competitors don’t offer such a low-power base four-cylinder. Fuel economy estimates are unremarkable at 20 mpg city, 23 mpg highway and 21 mpg combined with rear-wheel drive (4×2) and 19/22/20 with four-wheel drive (4×4). A six-speed automatic is standard.

The upgrade is a 3.5L V6 that makes a much healthier 278 hp and 265 lb-ft of torque. The six is also one of the weaker offerings in the segment, but not by much. Despite the wide gap in power, there’s not much difference in fuel economy between the upgrade V6 and base inline-four. When equipped with the standard six-speed automatic, the V6 returns 19/24/21 with 4×2 and 18/22/20 with 4×4. The TRD Off Road and TRD Pro can be equipped with an optional six-speed manual that returns 17/20/18. 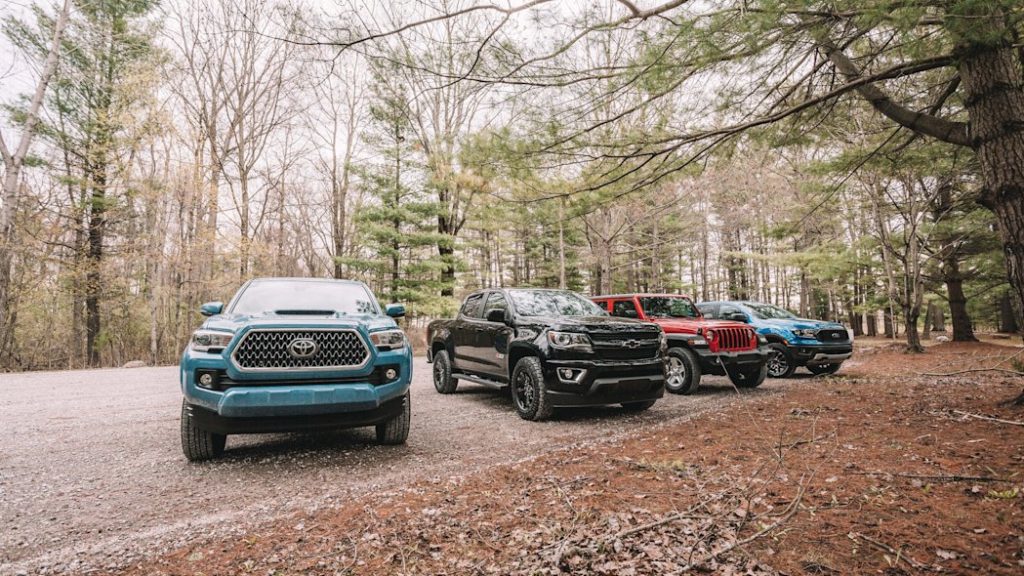 In its most towing-friendly configuration (V6, 4×2, Towing Prep package), the Tacoma maxes out at 6,800 pounds of trailering. Its GM, Ford and Jeep competition typically offers 7,500 pounds or more, but the Nissan Frontier and Honda Ridgeline do lag the Tacoma at 6,500 and 5,000 pounds, respectively.

Maximum payload capacity is achieved with the four-cylinder 4×2, which can haul 1,620 pounds, and with this, it compares more favorably to the segment. The popular configuration of Double Cab V6 4×4 with an automatic can haul 1,175 pounds with the regular bed and 1,120 with the long bed. Going with the 4×2 adds a couple hundred pounds of capacity.