To steal the thunder from the Ford Bronco, Jeep unveiled the Hemi-powered Wrangler Rubicon 392 Concept back in the summer. Four months later, the production version has arrived, which is being touted as the “the most capable and powerful Wrangler yet.”

Paired with a quick-shifting eight-speed automatic transmission and full-time active transfer case, this setup enables the Wrangler Rubicon 392 to rocket from 0-62 mph in 4.5 seconds and do the quarter-mile in 13 seconds 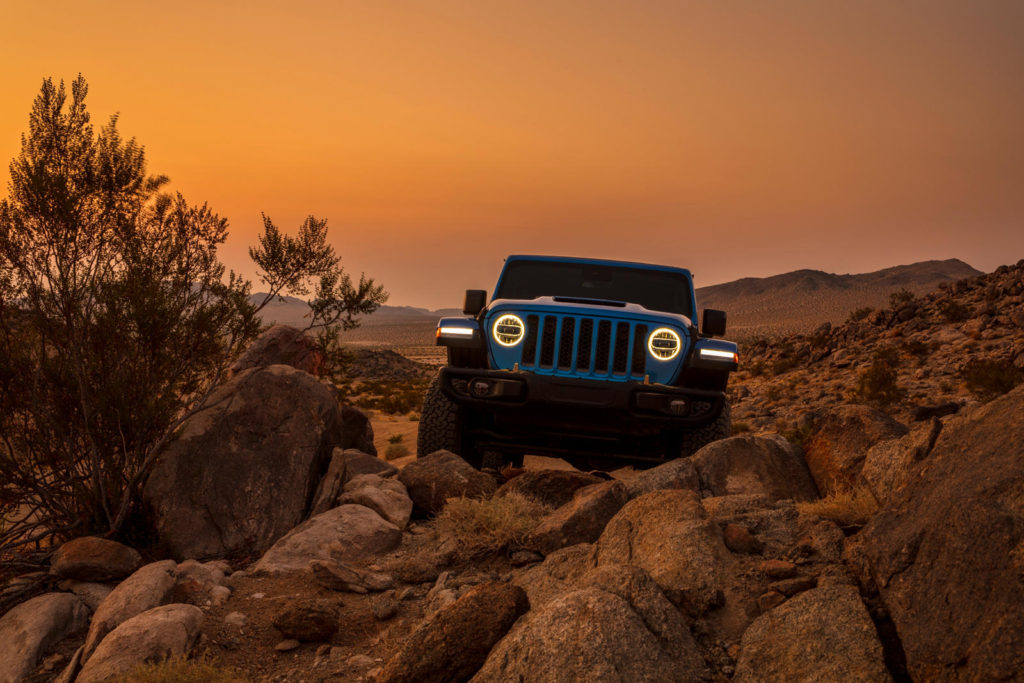 Compared to the regular Wrangler Rubicon, the 392’s ride height is raised by two inches and is fitted with standard 17-inch beadlock-capable wheels wrapped in 33-inch tires. As a result, Jeep claims the Rubicon 392 is the most capable Wrangler ever with 10.3 inches of ground clearance, improved suspension articulation and manoeuvrability. It also boasts approach, breakover and departure angles of 44.5, 22.6 and 37.5 degrees, respectively, and can wade through up to 32.5 inches of water. During testing, the Wrangler Rubicon 392 was able to climb up and down steep grades with minimal throttle and brake input, which is a testament to its engineering. 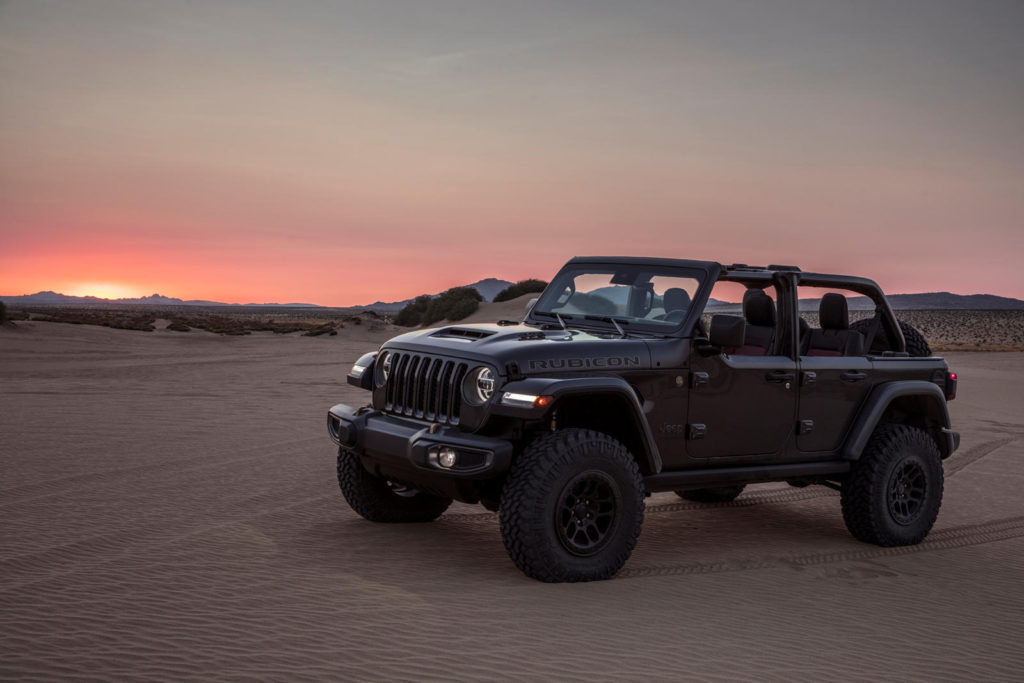 Unique styling cues include bronze accents on the hood, front and rear tow hooks, and outlines of the Fox Shocks, Jeep, and Trail Rated badges. Jeep also fitted an aggressive 1.57-inch raised hood adapted from the Gladiator Mojave and a functional hood scoop to help the 470-hp V8 breathe easier.

Inside, the black leather interior features unique bronze stitching. For the first time in a Wrangler, the leather-wrapped steering wheel is mounted with aluminum paddle shifters. 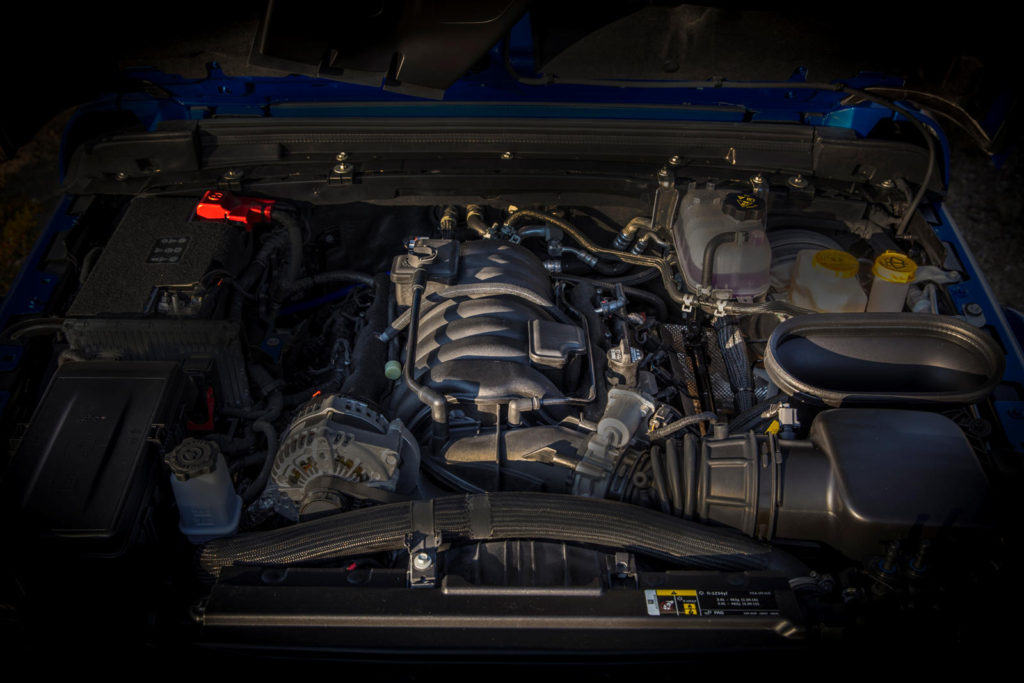 The gauge cluster has also been updated to reflect the new engine specifications. As standard, the high-performance off-roader is equipped with an 8.4-inch screen loaded with FCA’s Uconnect infotainment system.

“This is the most powerful, quickest, most capable Jeep Wrangler we’ve ever built,” said Jim Morrison, Head of Jeep Brand at FCA North America. “The factory lift and abundant low-end torque from the V8 makes the Rubicon 392 the king of the hills, whether you’re rock crawling at low speeds or powering up an incline. And, when pavement replaces dirt, Rubicon 392 makes quick work of the road.”

The 2021 Jeep Wrangler Rubicon 392 will arrive in US dealers in spring 2021, with pricing details to be announced closer to the on-sale date.