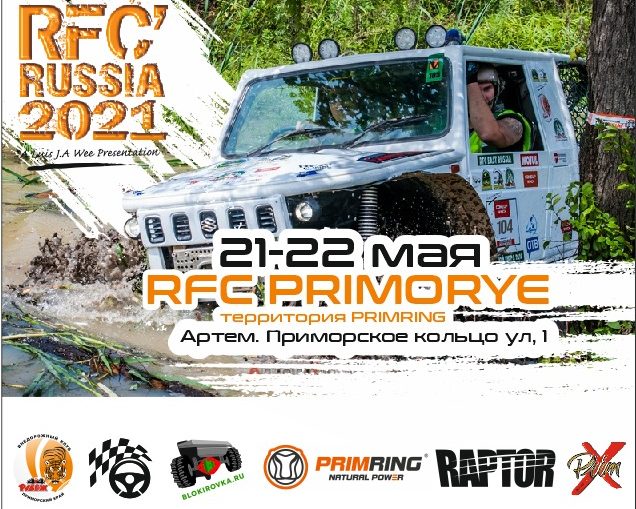 REVVING UP AT RUSSIA FAR EAST

What better place to start the first race for RFC Global Series (RFCGS) in Russia than at the premier motorsports hub of Primring Sports & Technical Centre (PSTC) listed by FIA & FIM where major local, regional and international motorsport races are held on tarmac and off-road with RFC.

PSTC is ideally situated at Artem near the airport and seaport of Vladivostok in the region of Primorsky Krai which also has the biggest economy of Russia Far East regions. Vladivostok itself is an automotive city; facing the Sea of Japan and the Pacific Ocean; all of these adding up to making PSTC the ideal venue for motorsports.

RFC Russia (RFCRU) has also been re-organized and authorized for 2021-2025 to handle all RFC events in this biggest country in the world as confirmed during the virtual conference of RFCRU committee with RFC Founder (Luis J.A.Wee) recently.

“A fitting re-set here on standardization of RFC rules and regulations applicable in all Russia,” said Arsen Gamsayan (RFCRU Technical Director). “A total of 15 races are scheduled for 2021 season, with more to come for our 2021-2025,” added Arkady Aronov (RFCRU Secretary).

“So, it’s a good start with potential partners, sponsors and the authorities with RFCRU, the authorized organizer of the Rainforest Challenge (RFC), the World’s No.3 of Top 5 Toughest Offroad Races, here in Russia,” summed up Evgenii Kovalenko (Head of RFCRU).

Even though it was no surprise to see the seasoned teams in R1 (Prototype) like Roman Kulbak (three-time RFC champion) and Panyushkin brothers aka The Terrible Twins were ready to be tested in 4×4 supremacy, it was also heartening to see the others in R2 (Modified Production) and newcomers in R3 (Standard) eager to start the action, making up a total of 25 teams.

This first race for RFCRU 2021 season is basically a warming up for the big race in August (RFCRU Tiger Trail) which will be participated by more “top gun” teams from the eastern regions:  Primorye, Khabarovsk Territory, Yakutia, Sakhalin, Amur Region, and Trans-Baikal Territories.

However, even with a “warm up” race, the fight for 4×4 supremacy here at Primring was as intense as ever, befitting a RFC race.

From the word “Go” it was full adrenaline rush as every team tried their best in driving and recovery skills to overcome the Special Stages (SS). It was tough for everyone as only 8 Special Stages (SS) could be completed out of the 10 SS planned; nothing strange for the racers, after all the RFC is not known among the Top Five Toughest Offroad Races for nothing.

It was a satisfying start of the season for RFCRU in a most appropriate of racing venue; PRIMRING the motorsports hub of Russia Far East region. 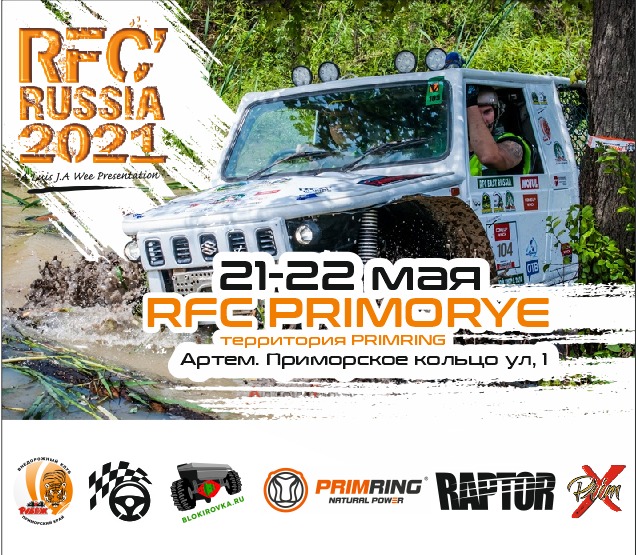 From here, RFCRU events will spread across Russia from north, east, south and west (northern Caucasus region, Siberian regions of Sakha, Baikal, Sakhalin, western region of Smolensk, Khanty Mansi in Nord, Ural mountains at Chelyabinsk and Primorye Tiger Trail) for 2021 and expanding to more regions from 2021-2025.