You are here
Home > Articles > WEAKEST TO STRONGEST AXLES 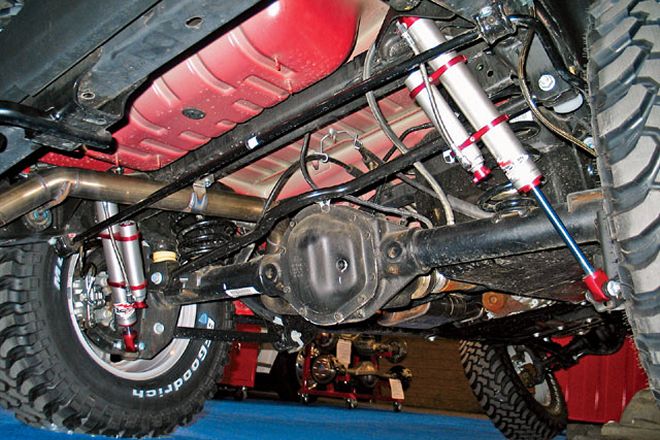 Ever wonder how your Jeep’s axles rank against the rest of the axlehousing world? Wonder no more. Here’s how we rank ’em from the geeky weaklings to the all-star axle jocks. Of course, you’ll find a few axles missing from the list. Many axles don’t make good swaps, are not readily available, or they just have no aftermarket support to speak of.

When compiling the list, we took the strength of the entire axle assembly in stock form into consideration. This included the gears, housings, axleshafts, and so on. Of course, there are multiple versions of many of these axles. Some are significantly weaker than their newer counterparts, and we’ve made notes where we could. We also threw in some tips on what to watch out for and keep in mind, whether you’re looking to make a swap to something bigger or keep what ya got. 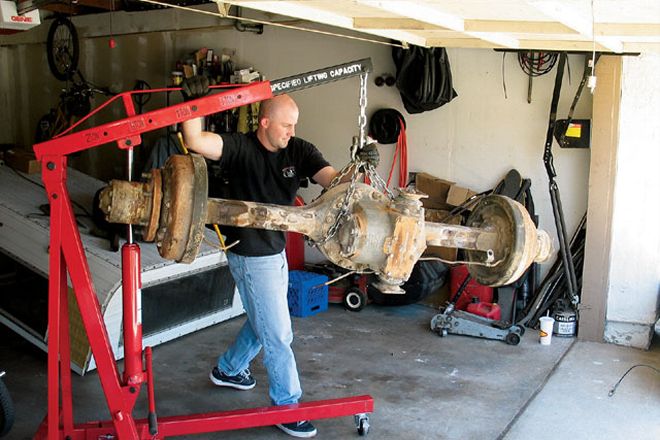 Front Axles (weakest to strongest)
19. Dana 25
It shares similar closed-knuckle parts with the Dana 27 and 44. It has several weak points when overtired and overpowered, including axletubes, differential gears, shafts, and steering joints.

16. Low-pinion Dana 30
The shafts and small 260-sized U-joints are its weakest parts. Also has weak axletubes. However, it has lots of aftermarket support.

15. Toyota 8-inch
A stout axle for its compact size. Aftermarket Birfields can beef it up. It can actually make for an OK Jeep swap, but it’s often frowned upon for being an import axle.

14. High-Pinion Dana 30
It’s one of our favorites when found without the axle-disconnect system. Early versions can be converted to larger U-joints with factory and aftermarket parts. Air time will bend the tubes. This axle has lots of aftermarket support.

13. ’06-and-earlier Rubicon Dana 44
Same outer ends, steering U-joints, and axletubes as Wrangler Dana 30. The only real gain in strength is in the gears and inner axleshafts (larger diameter and more splines). It has lots of aftermarket support but limited available ratios if you’re using the stock Rubicon differentials.

12. Toyota Land Cruiser
They’re getting harder to find, but they’re still usable for a Jeep (albeit an expensive oddball possibility). It’s not a popular swap or one that makes sense unless you have the axles already. Even then, you may be better off selling them.

11. Chevy 10-bolt
It’s marginally weaker than a GM or FSJ open-knuckle Dana 44. They have slightly smaller 28-spline shafts and thinner axletubes. However, almost all the 10-bolt knuckle components and stub shafts interchange with the open-knuckle Dana 44. It’s a usable full-width axle, but we’d prefer a Dana 44. 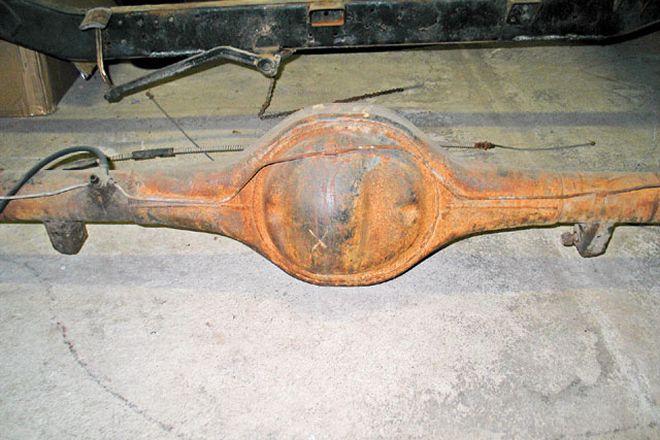 10. Low-pinion Dana 44 (FSJ, GM, Ford, and Dodge)
Perhaps the most swapped-in axle in history. Both left- and right-side pinion versions are common and lots of parts interchange between different 4x4s that used some version of the Dana 44. It has a good cost-to-strength ratio and can be easily upgraded in many areas because it has plenty of aftermarket support.

9. High-pinion Dana 44
Only found in some Ford 4x4s. It’s a little rare, but the ring-and-pinion are slightly stronger than the low-pinion 44 gears when used in a front application. There are fewer ratios available than what can be had for a low-pinion version. It’s a decent swap for a full-width axle with a driver-side pinion.

8. ’07-and-later high-pinion Rubicon Dana 44
It features stronger tubes than the 44 axles in the previous model TJ Wrangler. It’s sure to see plenty of aftermarket support, including complete assemblies available from Mopar.

6. Low-pinion Dana 70 (International and Dodge)
Rare. Not all that desirable.

5. Dana 50
Ford Super Duty full-width ball-joint style solid axle. Kind of an underdog. It’s possibly a good swap for Jeeps that need a driver-side differential. It has a decent amount of aftermarket support.

4. Low-pinion Dana 60
It’s a kingpin-style, full-width axle commonly found in GM and early Dodge 1-tons. They’re normally way overpriced in today’s used axle market. However, the 60 has unbelievable aftermarket support. You can build a complete axle using all aftermarket components. There is also a newer ball-joint Dodge version, which is slightly weaker.

3. High-Pinion Dana 60
It can only be found in Fords in two versions. There is an older kingpin design and the newer Ford Super Duty ball-joint version. The kingpin style is typically considered stronger and more desirable. It’s also more difficult to find and more expensive. Like the low-pinion version, this 60 has unbelievable aftermarket support. You can build a complete axle using all aftermarket components.

2. Rockwell 2 1/2-ton
The later-model axles with Spicer-style U-joint shafts are most desirable. The 2 1/2-ton has unbelievable gear, steering joint, and housing strength. The coarse spline shafts, particularly the stub shafts, are weak when compared with the rest of the assembly. There is lots of aftermarket support to adapt and strengthen this axle, but only one gear ratio: 6.72:1. The large and heavy drum brakes are not all that usable for a Jeep, especially if mud and water are in the plans. Due to overall size, gearing, width, and weight, it’s not a good axle for tires less than 44 inches tall.

1. High-pinion Dana 70 (new GM version)
It’s still a little rare, but can be found on newer GM medium-duty 4×4 trucks. Very few ratios are available, and there are virtually no aftermarket parts for it even though it’s likely the strongest usable front axle for a Jeep swap with tires up to and more than 44 inches in diameter.